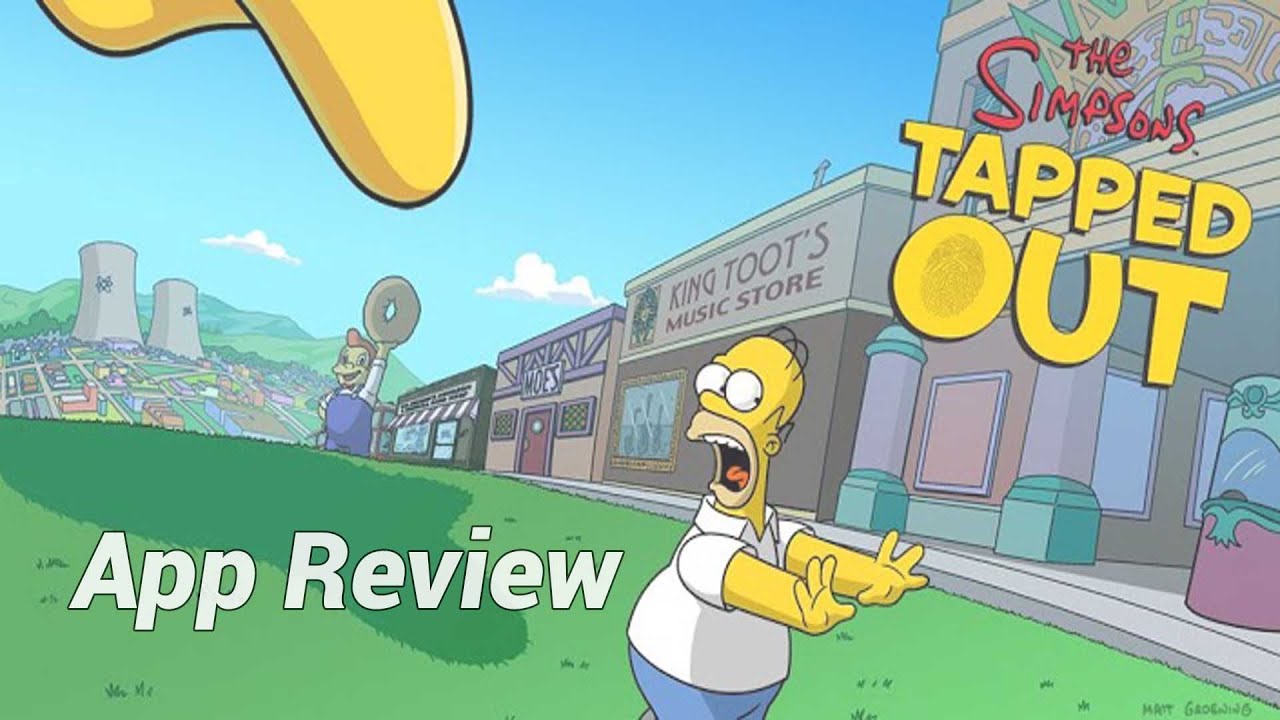 Oil up your vocal chords for your best Homer shriek: The Simpsons are now starring in their very own social game. America’s favorite yellow-fleshed family has been in our videogames for almost as long as they’ve been on the air (hint: 20 years for the former, 22 for the latter) and few of their games have been especially good. We’ve fought space mutants, gone after Bart’s wayward homework in the land of dreams, and even done a little backyard wrestling. But The Simpsons: Tapped Out scores a rare success simply because it lets the Simpsons be themselves as they trundle around a version of Springfield that you build to your own tastes.

The Simpsons: Tapped Out begins with Homer playing a Happy Little Elves social game on his myPad instead of monitoring the nuclear power plant’s core temperature. After spending about a thousand dollars on microtransactions (Homer sensibly decides he’ll blame his kids for the purchase and get his money refunded), the core reaches critical, and the plant explodes, taking all of Springfield with it.

If this were a game about lesser people, everyone would be dead, or at least irradiated to the point that they wished they were dead. But Springfield’s denizens are a hardy bunch. They’re all alive and well, and simply waiting for Homer to rebuild their homes so that they can return. Of course, Homer is not America’s poster child for Getting the Job Done, so rebuilding Springfield is pretty much up to you.

The Simpsons: Tapped Out functions much like any city-building social game (the Happy Little Elves parody at the start of the game kind of says it all), but with a definite Springfield twist that’s impossible not to love if you’ve ever been a hardcore fan of the show– and that includes people who are hardcore fans now, as well as those of us who swear to Jeebus that the show lost its soul after season nine. In The Simpsons: Tapped Out, you don’t simply build houses and businesses. You build Ned Flanders’ house. You build Springfield Elementary. You build the Krusty Burger. You can even build Hank Scorpio’s volcano hideout, but that’s where the game treads into premium content (awww).

And then there’s the citizens of Springfield, who slowly return as you rebuild. Each man, woman, and clown can earn money at a series of jobs that relates to their character. Krusty can walk his pet monkey, promote a new item at the Krusty Burger, or “inflate his self-worth.” Lisa can read a book or practice her sax. Homer can lounge in Maggie’s kiddie pool and drink beer. That’s where he’s a viking.

is a free game for iOS and Android, developed and published by Electronic Arts, first released on February 17, 2012. The game consists of the player helping Homer and other characters to rebuild Springfield. The game features the original cast.

Play The Simpsons: Tapped Out

long enough, and you’ll come to the same realization as thousands of other fans: You need more donuts, and fast. Yup, these delicious-looking treats are hard to come by. That is, unless you know the free donuts cheat, and plan to part with a little cash. On that note, here are the best ways to quickly score more donuts.Turns out, you’ve had 10 free donuts right under your nose. To receive them, make Homer play with his myPad, then tap him 10 times. On top of that, you’ll also receive a statue of Jebediah Springfield. Easy, right? Too bad this only works one time.

is a new application of cool games: Simpson ! The game is very addictive so we decided to make it easierEverything will be easier.Just download and enjoy the game. We’ll get cash and donuts.As if there were any problems please let us know.We tested all and it works fine.

How does Simpsons Tapped Out Donut Cheats work?

Simpsons Tapped Out Donut Hack This hack into mobile games. Suitable for all platforms, so that everyone can enjoy. Creation itself did not take us much time because the vulnerability was substantial. We used skilfully and ready ! Just press start and wait until the progress bar to load.Resources are as yet not limited. With more that can change.Enjoy it while you can!